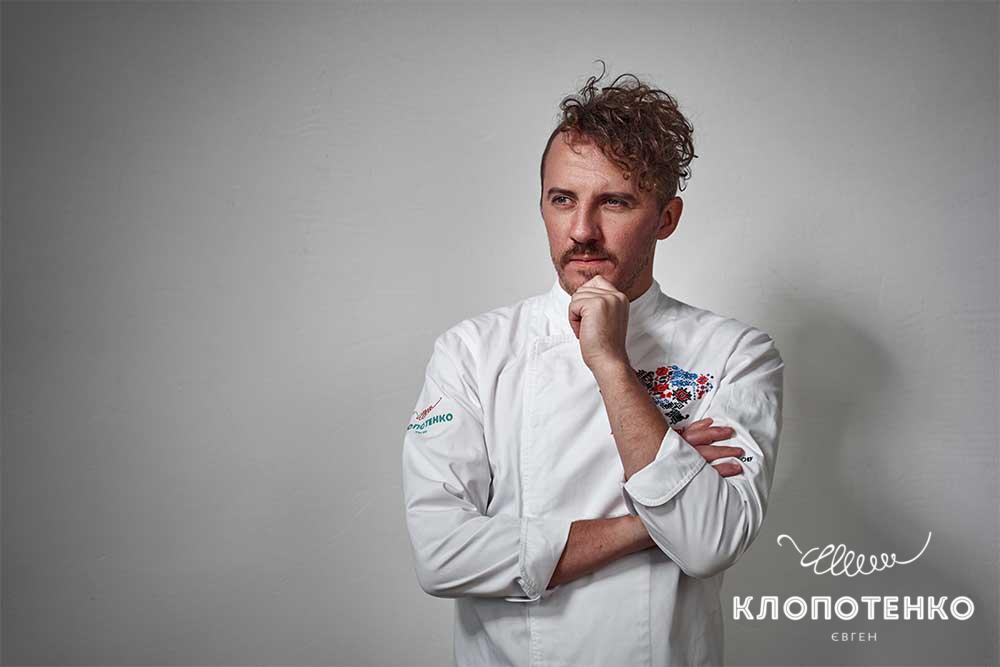 Ievgen Klopotenko was born into an ordinary Ukrainian family not connected to the culinary world. It is impossible to tell how the fate of young Ievgen would turn out, had his grandmother not moved to the UK in 1991 and invited him to stay with her. Travelling from a recently independent Ukraine to the UK opened Ievgen’s eyes not only to a variety of groceries readily available in British supermarkets but also to an entirely different food culture. After his stay in the UK was over, Ievgen spent some time in Italy, exploring the marvellous Italian cuisine. While there, he came to the realization that the time has come for the Ukrainians to change their relationships with food and their way of living.

At the very start of his career, Ievgen worked as a waiter in many restaurants across Germany, the US, and Ukraine. One day, standing there in the middle of a restaurant kitchen and watching chefs at work, young Ievgen was struck by the realization that this was something he wanted to do. He started to learn how to make food on his own. At first, it was all fun and games: Ievgen got some friends together and started a cooking competition called CookWars, which later grew into an actual evening show in one of the Kyiv restaurants.

Around that time, Ievgen also met Denys, who later became the co-creator of the Confiture Gastroshop. The goal of the workshop was to make regular food more delicious. 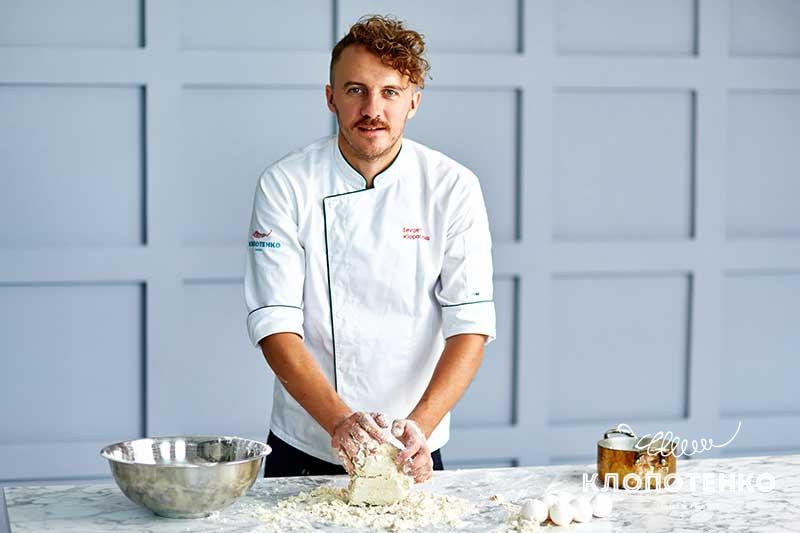 Then came MasterChef Ukraine. Winning this title was a crucial step in Ievgen’s life, as it gave him the means to implement much larger projects. This victory enabled him to reach new professional heights by studying at Le Cordon Bleu, Paris.

Ievgen’s two main aspirations are to improve the food culture in Ukraine and to strengthen the position of Ukrainian cuisine in the world. All his projects are developed with these two goals in mind.

In 2016 Ievgen launched a project called Cult Food, an initiative aimed at improving food service at educational establishments all over Ukraine and reforming the professional culinary education system.

In 2018 Ievgen wrote a meal manual with 110 brand-new recipes for school cafeterias. This manual has been adopted at the government level. As of the beginning of 2020, more than 5000 schools all over the country were following this comprehensive meal manual. 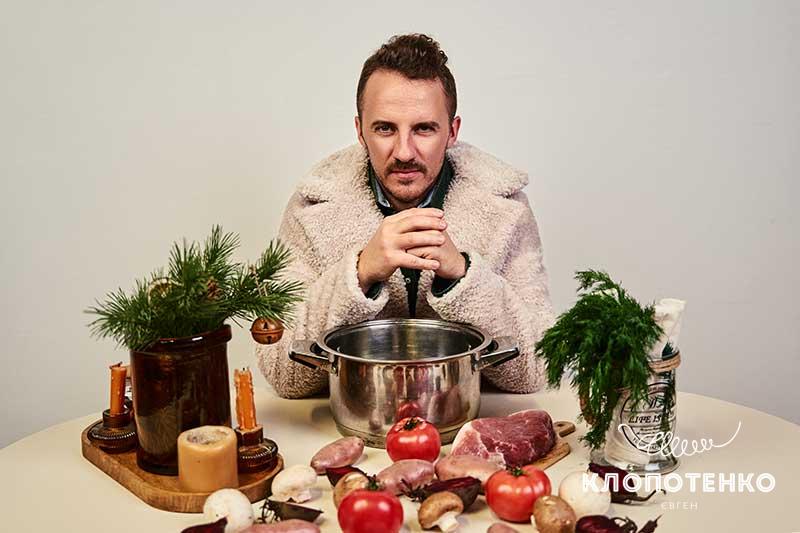 Ievgen’s proactive approach enabled him to elevate the issue of school meals to the highest level of authority. Between 2020 and 2021, the legislation regulating food service provided to children in educational establishments underwent drastic changes: government adopted updated sanitary regulations, procedures, and forms for catering in educational institutions developed updated guidelines for procurement, actively allocated funds to re-equip canteens and implement HACCP. As a part of a working group, Ievgen and the CultFood team developed a balanced and modern four-week meal plan for the school cafeterias.

On September 1, 2021, all Ukrainian schools and kindergartens adopted the revised food service standards. 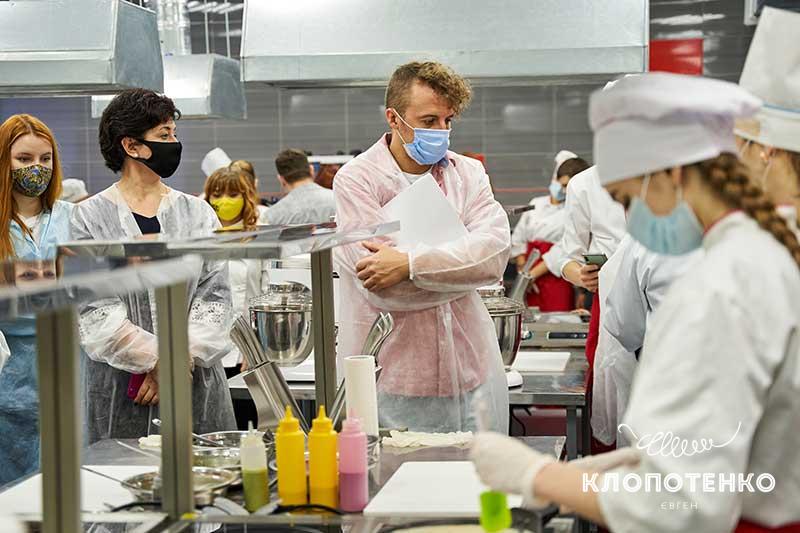 Additionally, in 2020, Ievgen signed a Memorandum of Cooperation with the Ministry of Education and Science of Ukraine, becoming an ambassador for the reform of professional education. Currently, Ievgen works on reforming the professional culinary education in one of the Kyiv culinary colleges. It is anticipated that this college will one day be seen as an example for other similar educational institutions and that the profession of a chef will become more prestigious and popular.

In 2019 Ievgen published his first book Tempted by Food. 70 Recipes You’ll Want to Make. The book contains the finest original recipes. And it fits perfectly with Ievgen’s mission — to improve the food culture. You don’t have to spend a lot of money and time to make a meal that makes you feel alive. This book contains recipes to demonstrate the point.

Ukrainian cuisine is very near and dear to Ievgen’s heart. He is on a never-ending quest to find and modernize ancient Ukrainian recipes. Some recipes modified and tested by Ievgen can be found in the chef’s second book Ukrainian Cuisine in 70 Dishes.

In October 2021 Ievgen Klopotenko published his third book Holiday Meals. It contains 70 original recipes for the most significant holidays celebrated by Ukrainians.

In 2021 Borscht and Accouterments was also released. 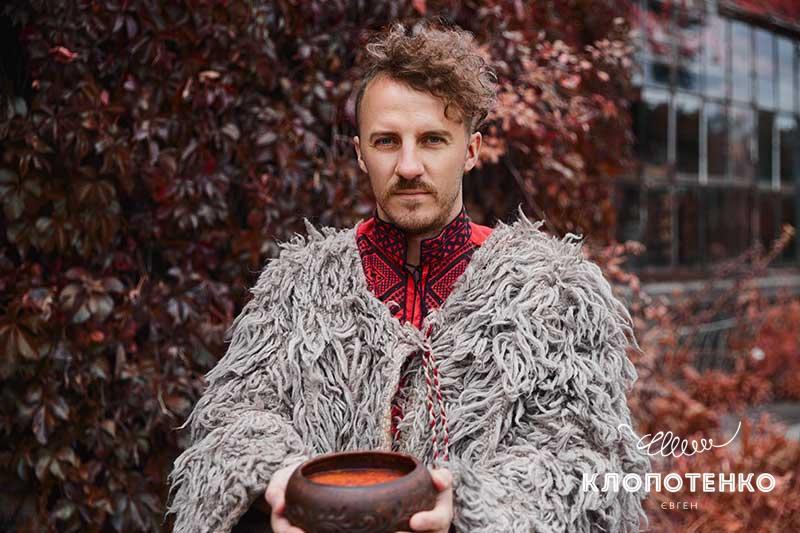 In March 2019 in cooperation with Inna Popereshniuk, Ievgen opened a new restaurant in Kyiv 100 rokiv tomu vpered (100 years ago ahead), which represents a conceptually different form of Ukrainian cuisine. Developing the concept for the restaurant, Ievgen’s main goal was to show people what Ukrainian cuisine would look like if it wasn’t for the Soviet Union and to challenge the stereotype that Ukrainian cuisine consists solely of borscht and varenyky. 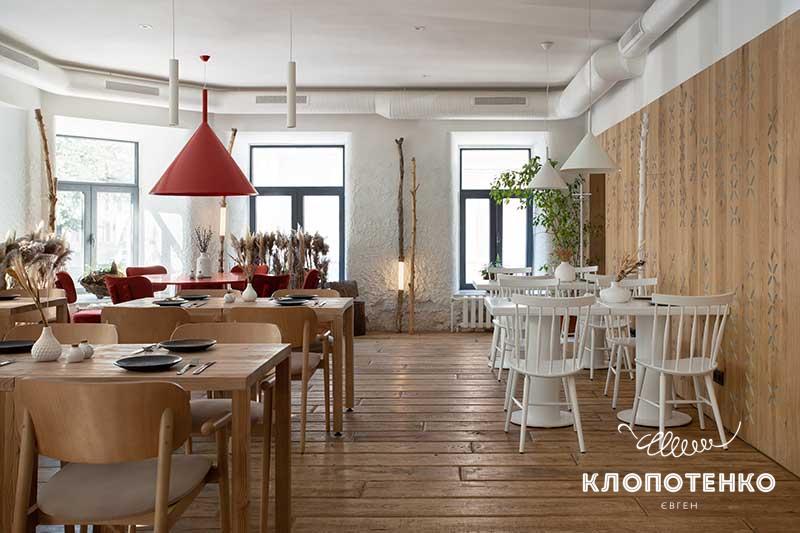 In March 2022 Ievgen and Iryna launched a new establishment in Lviv – Inshi bistro. This bistro is the chef’s social endeavour — it provides food to patrons unable to pay for their meals for whatever reason. Inshi serves two menus — the main menu and Menu #2, which people can order free of charge.

In May 2022 in Ivano-Frankivsk, another Inshi location was opened – Inshi. Ratusha. Like the establishment in Lviv, this café also serves Menu#2. Inshi. Ratusha operates as a street food vendor.

On October 6, 2020, following a movement spearheaded by Ievgen, the Expert Council on Intangible Cultural Heritage under the Ministry of Culture and Information Policy of Ukraine included borscht in the National Register of the Intangible Cultural Heritage of Ukraine. It took Ievgen 1,5 years to ensure this recognition of a traditional Ukrainian dish. He led a couple of borscht expeditions all over Ukraine that allowed the team to collect dozens of family borscht recipes from around the country. Footage filmed during the expeditions was released in 2020 in the form of a documentary called “Borscht. The Secret Ingredient.” In March 2021 Ukraine has submitted an application to add borscht to UNESCO’s List of Intangible Cultural Heritage. 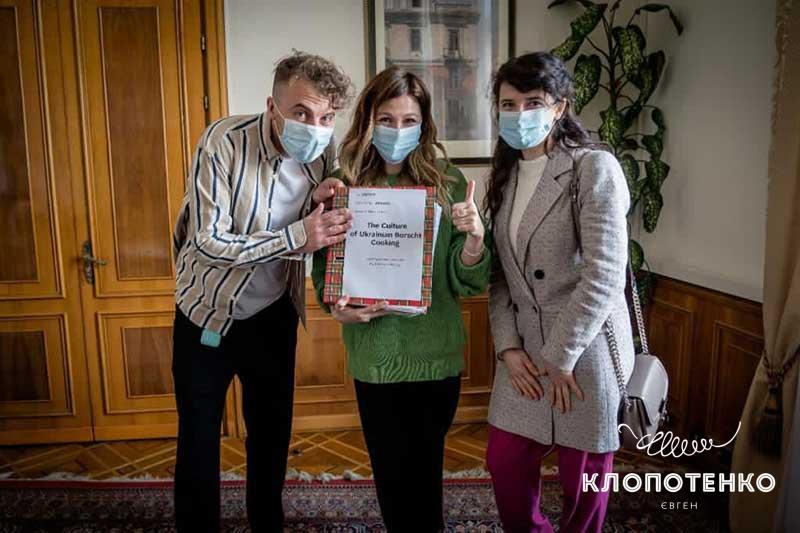 Ievgen’s efforts aimed at improving the food culture of Ukraine and popularizing Ukrainian cuisine around the world received global recognition. In April 2021 Ievgen Klopotenko was included in the renowned international list of 50 Next, a list of professionals expanding the boundaries of gastronomy, created by the team behind the world-famous restaurant rating, The World’s 50 Best Restaurants. 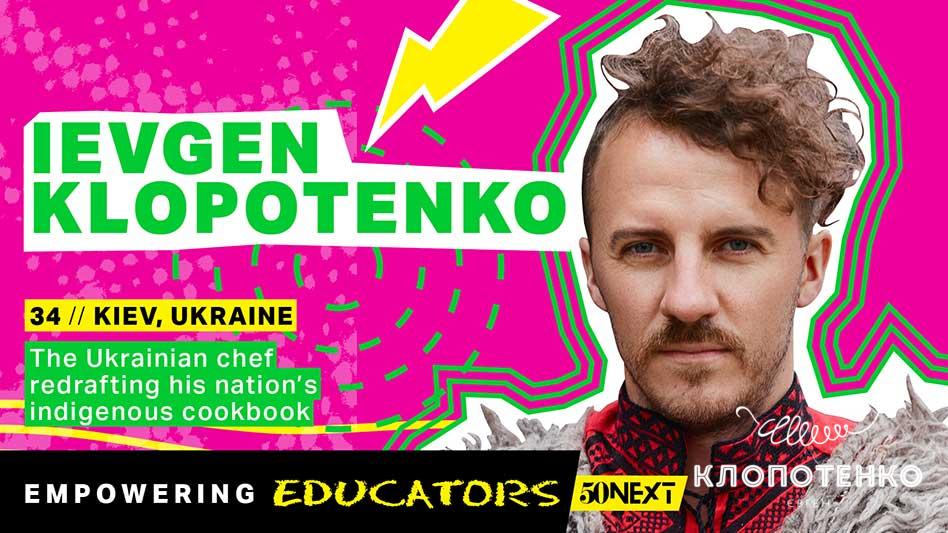 ● Co-owner and brand chef of the 100 rokiv tomu vpered restaurant (Kyiv), Inshi bistro (Lviv) and a street food establishment Inshi. Ratusha (Ivano-Frankivsk).
●Creator behind the most popular culinary website in Ukraine: klopotenko.com.
● Author of four cookbooks, including Tempted by Food. 70 Recipes You’ll Want to Make, Tempted by Food with Ukrainian Flavors, Holiday Meals and Borscht and Accouterments.
● Author of an online course.
● Mastermind behind the CultFood Project.
● Resident culinary expert of the Snidanok z 1+1 morning show (since 2017 until today).
● Resident culinary expert of the STB shows Vse bude dobre and Vse bude smachno (2016-2018).
● Host of the Eneida project, broadcasted on UA: Pershyi (2018-2020).
● Brand chef at the Mexican restaurant ROJO OJO (2016).
● Brand chef at the Zdorovyi Gluzd (2017).
● Brand chef at the Pashtet café (2018).
● Founder of the Confiture Culinary Workshop, a sauce and jam business.
● Inspiration behind the inscription of borscht on the National Register of the Intangible Cultural Heritage of Ukraine and Ukraine’s submission of an application to include borscht on UNESCO’s List of Intangible Cultural Heritage.